How to get rid of wasp nest? 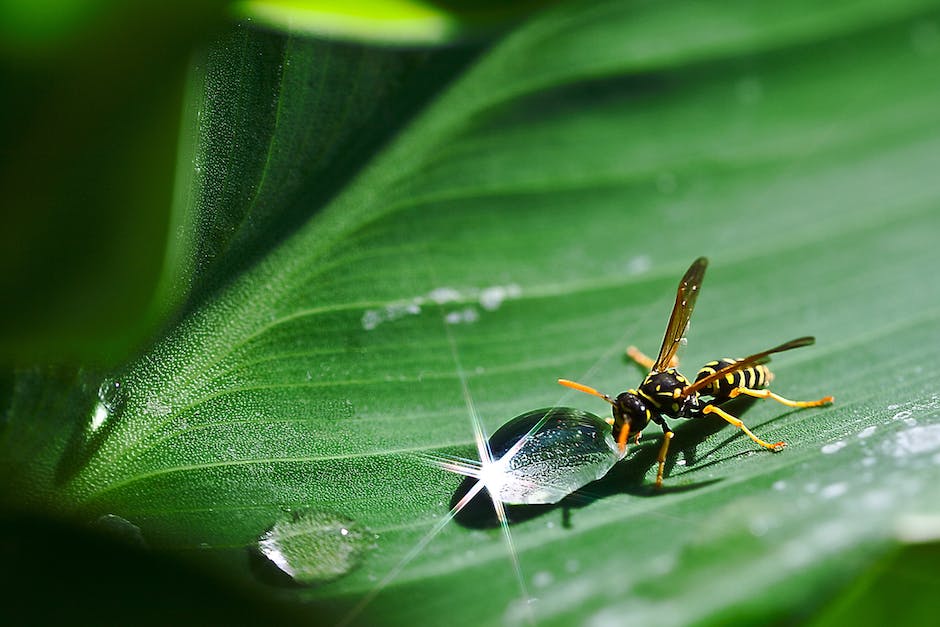 Wasp nests are often quite small, but they can be a big problem if they are located in an inconvenient or dangerous place. If you have a wasp nest on your property, there are a few things you can do to get rid of it.

A wasp nest can be removed by a variety of methods. Depending on the location, a homeowner may be able to reach the nest and destroy it with an insecticide. If the nest is out of reach, a professional pest control company can be hired to safely remove the nest.

How do I get rid of a wasp nest fast?

Soap and water is an effective way to kill wasps and their nests. Mix two tablespoons of dish soap into a spray bottle of water and spray it on the nests. The mixture will clog the wasps’ breathing pores and kill them instantly.

If you have a wasp problem, spraying the nest with a garden hose from afar is a quick and easy solution. Just aim the hose at the nest and turn on the water to the most jet-like setting. The water pressure will destroy the nest, and the remaining wasps will fly away in terror.

Will wasps return to a sprayed nest

It is best to leave a nest that has been sprayed with a pesticide alone and return to remove it the next day. If there are any surviving hornets or wasps, they will return to the nest and the residual effects of the spray will eliminate those insects.

If you’re looking for a natural way to keep wasps away, peppermint is a great option. Wasps don’t like the strong scent of peppermint, so placing peppermint plants in hanging baskets or pouring some peppermint oil onto a cotton pad and leaving it outside can help keep them at bay.

Can I just leave a wasp nest alone?

It is generally safe to leave a wasp nest alone. The wasps will eventually die off naturally, even if the nest is not disturbed. However, it is important to be aware that wasps can be aggressive and may sting if they feel threatened. If you are concerned about the nest, it is best to contact a professional for help.

The most effective option is to build a small fire and smoke them out. They’ll abandon the nest and you won’t have to use dangerous chemicals. 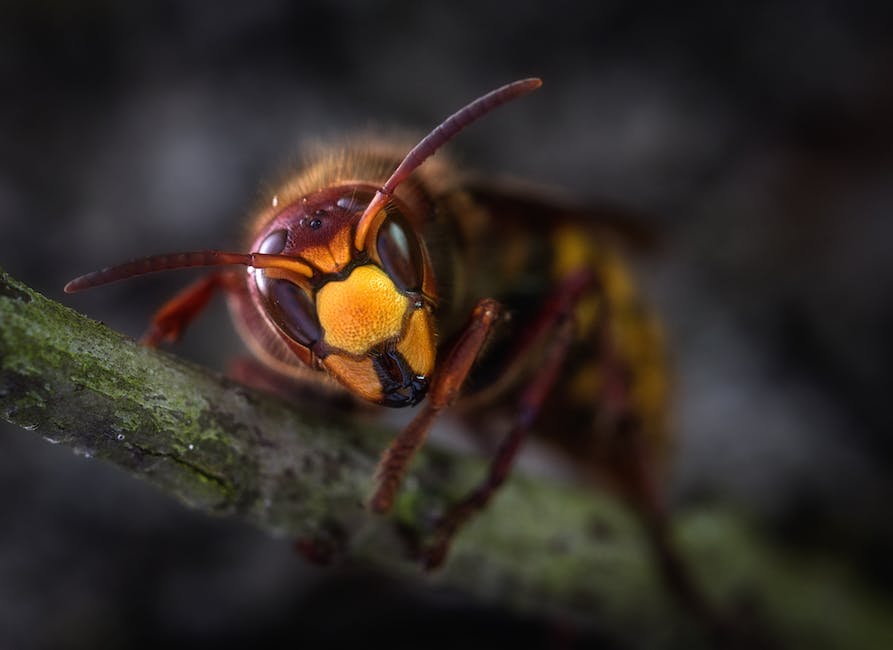 Should I destroy a wasp nest?

Wasps can be a nuisance, especially when they’re buzzing around your head or hovering over your picnic. But did you know that they’re also more likely than most bees to sting you? If you want to minimize the presence of these pests on your property, it’s important to destroy any wasp nests you come across.

One way to kill wasps is to drown them using a garden hose. While water will not be effective on wasps which are flying round, it can be used to eliminate underground nests and all the occupants.

How long will wasp nest last

A wasp nest usually lasts around three to four months during the summer. When we reach the end of summer and temperatures start to drop, so do wasp numbers. The colder weather and lack of food will kill off the nest and the new queens will hibernate ready for the next wasp season.

If you come across a wasp nest, it is best to avoid it and call a professional to deal with it. Trying to remove it yourself by destroying it with a baseball bat is extremely dangerous as you will be directly in the line of fire of the wasps. You will be stung multiple times, which can be life-threatening if you are allergic to wasp stings.

What happens if you disturb a wasp nest?

If you are allergic or sensitive to wasp stings, it is advised not to attempt to remove a wasp nest. Disturbing a nest will provoke the wasps to attack and they will sting as their form of defence. This can be extremely dangerous and you should always seek professional help if you have a wasp nest on your property.

What keeps wasps away permanently

There are a variety of plants that can help to deter wasps from setting up shop near your home. By planting these around your porch or other areas where you enjoy spending time, you can create a natural barrier to keep them away. Some of the best options include wormwood, marigold, mint, basil, pennyroyal, and geranium.

If you have a large garden, try distracting wasps to another location, by placing over ripe fruit, sugar water, banana skins away from seating and eating areas. Keep bare feet covered – especially where children are concerned. Use a safe, deet-free insect repellent. Try a repellent containing Picaridin92.

What smell do wasps hate?

This is an effective way to repel wasps using essential oils. You will need to combine several drops of clove, geranium and lemon grass essential oils in soapy water. Once combined, transfer it to a spray bottle and use as needed.

If you’re looking to get rid of a wasp or hornet nest, the best time to do so is at sunrise or dusk. This is when these insects are least active, so you’ll have a better chance of success. Just be sure to wait at least 24 hours before removing the nest, to make sure that most of the insects are gone. 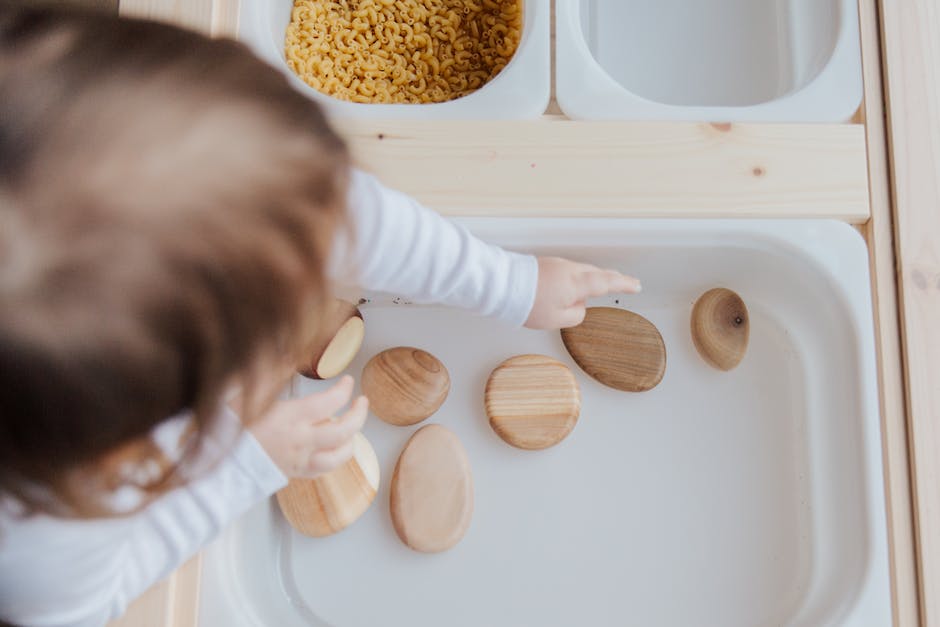 How many wasps live in a nest

A wasp nest can typically hold up to 6,000 wasps, while a hornets nest usually has 100-700 hornets. However, there are some wasp nests that can hold up to 10,000 wasps by the peak of the summer season.

A wasp nest is easy to identify because the combs are often exposed. However, you should never bother or touch a wasp nest as this will result in a chase and potentially a swarm of wasps coming after you.

There are a few different ways that you can get rid of a wasp nest. One way is to use a wasp spray. You can also try using a wasp trap. Another way is to simply wait until the wasps are gone.

If you have a wasp nest on your property, there are a few things you can do to get rid of it. You can try to remove it yourself using a wasp nests removal kit, or you can call a professional to remove it for you. You can also try to kill the wasps by using a wasp spray, but this is not always effective. The best way to get rid of a wasp nest is to prevent it from happening in the first place by sealing up any cracks or crevices where they might nest.