How to tell mouse from rat? 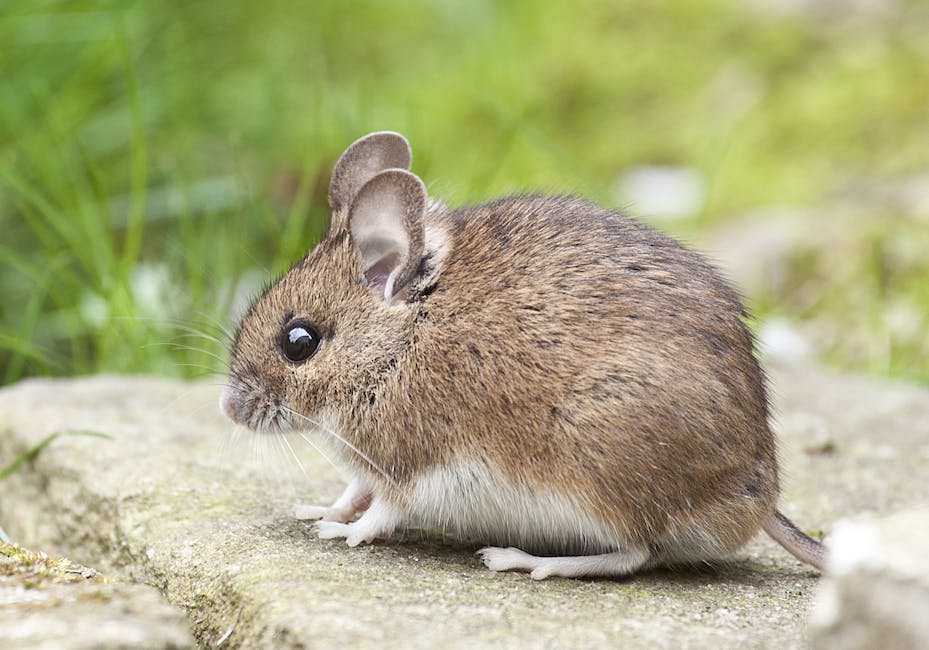 There are a few ways to tell a mouse from a rat. Mice are typically small and delicate, while rats are larger and more robust. Mice also have much larger ears relative to their body size than rats do. In addition, rats typically have longer tails than mice.

Can you mistake a rat for a mouse?

While it is easy to confuse a mouse with a young rat, there are some key ways to tell them apart. Mice will only span 4-10cm in length, while young rats will have larger feet and smaller ears. Additionally, rats will typically be a bit more aggressive than mice. If you’re ever unsure, it’s always best to consult with a professional.

If you are hearing noises coming from a low point inside a wall, it is most likely a sign of a mouse or rat infestation. It can be difficult to determine which rodent is causing the noise, as rats can be quite quiet and mice can be much louder than expected. If you suspect an infestation, it is important to contact a professional for assistance in getting rid of the pests.

Can a baby rat be mistaken for a mouse

Rats are more aggressive than mice and pose more of a risk for biting. Mice are afraid of rats because rats will kill and eat them; in fact, you can use rat odor to help deter mice. Rats and mice both carry rodent-borne diseases that can be serious or even fatal to humans.

Can mice climb up your bed?

Mice are known to be able to climb on beds, though it is rare that they actually do so. Mice are prey animals, so they tend to avoid large creatures that could be potential predators as much as possible. You may worry that while you are in bed sleeping, you may look less threatening to a mouse. However, mice are more likely to avoid bedding altogether since it is often associated with humans.

House mice are nocturnal creatures, so they are more active at night. However, they also like to hide during the day in cool, dark places. The most common areas they like to hide are in between walls, pantries, cupboards, sofas, old boxes, and other similar areas wherein they would not be disturbed inside your home. 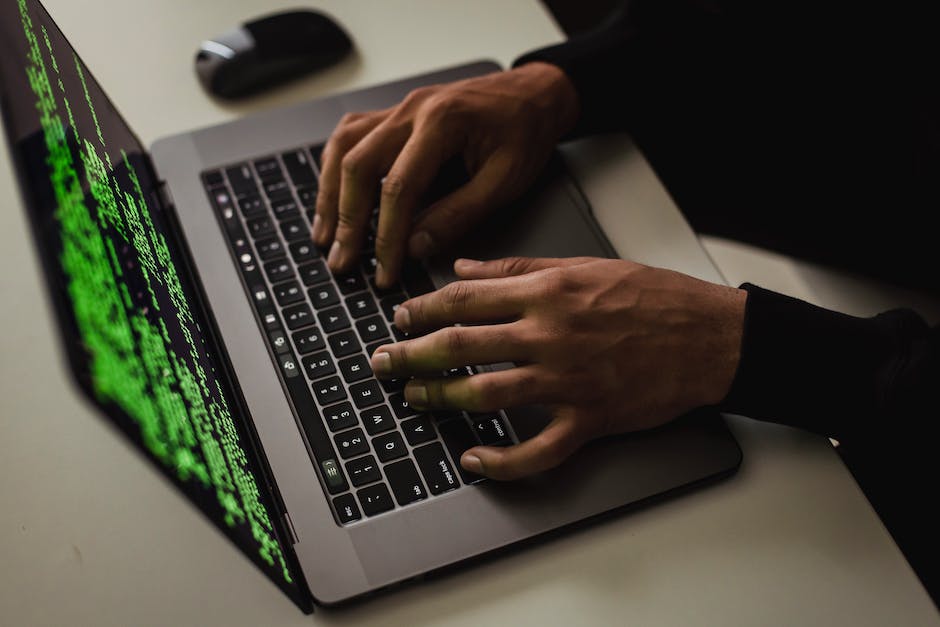 Do rats stay in walls during day?

Rats are nocturnal animals, meaning they are most active at night. So, if you see a rat during the day, it’s likely because it is sick, injured, or young. While they may leave their nest to forage for food and water during the day, they typically stick to the safety of darkness.

If you come across a single rat, it’s likely that there are more in the area. These animals are social creatures that travel in groups. Additionally, rats are known for their impressive jumping abilities. They can leap up to three feet in the air and four feet horizontally. And if they fall from a height of 50 feet, they’ll usually be unharmed. So, if you see one rat, be on the lookout for others and take precautions to avoid an infestation.

Will a rat bite you

Healthy rats typically avoid people and prefer to be active when buildings are quiet. However, when cornered, they may lunge and bite to defend themselves. The saliva of some species of rats can carry hazardous diseases, such as leptospirosis and Hantavirus. In rare cases, rat bite victims may contract rat-bite fever.

See also  What to expect after an exterminator sprays for roaches?

In general, mice are much smaller than rats, measuring around 12 to 20 cm, while rats are about 40 cm. A mouse’s head is also much smaller than a rat’s head, in direct proportion to its body. Rat heads are heavy, blunt and chunky, while mouse heads are tiny, sharply triangular, and have pointed noses.

Do rats hop when running?

Rats are known to be very active creatures, and they are often seen as playful and friendly animals. When they are excited, they may jump, hop, or even “popcorn” around in happiness. Additionally, they are known to run at full speed when they are happy – just like how dogs sometimes get the “zoomies.” Although rats are able to be active during the day, they are mostly nocturnal creatures.

There are several smells that these pests cannot stand, which means you can use them to your advantage. Mice can be kept away by using the smells of peppermint oil, cinnamon, vinegar, citronella, ammonia, bleach, and mothballs.

Are mice as dirty as rats

Rats and mice are two of the most common rodents that can be found in homes. They are known to carry and spread various diseases, and can also trigger allergies and asthma in humans. Both rats and mice can contaminate homes with their droppings and urine, and can also bring in fleas and ticks that can also carry diseases.

Rats are definitely harder to control than mice and this is because of a number of reasons. For one, rats are much larger than mice so they can easily eat the lure from a mouse trap without triggering it. Additionally, even if a rat trap does go off, it usually doesn’t have enough force to kill a rat. Therefore, if you’re dealing with a rat problem, it’s best to call a professional.

Do mice go near you when you sleep?

Mice are actually quite shy creatures and prefer to avoid human contact. So, the chances of them snuggling up with you in bed are not very likely.

There are a few things you can do to help deter mice from coming into your home. Make sure all food is properly sealed and stored away. Mice are attracted to food sources, so eliminating their access to food will help deter them. You can also try using mouse traps or poison baits. 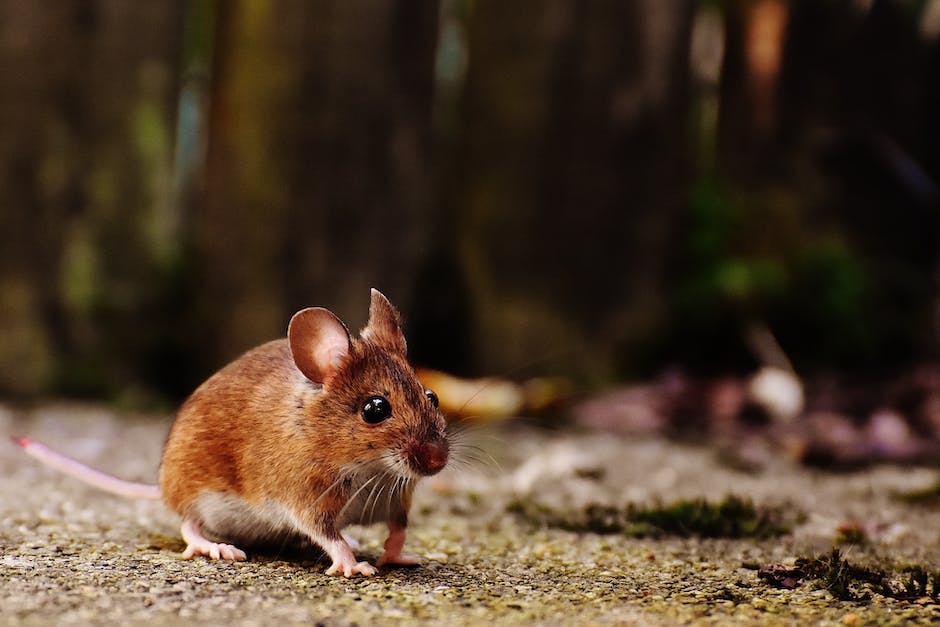 How do I scare mice out of my room

There are a few things you can do to encourage mice to leave their hiding spots and head in the direction you want them to go. One option is to sprinkle some potent scents that they find unpleasant, such as garlic, onions, cayenne pepper, cloves, ammonia, or alcohol. This may not be the most pleasant option for you, but it can be effective in getting mice to move.

If you spot a mouse in your home, it is likely that there are several more hiding in your walls, basement, or attic. This is especially true if you see a mouse at night or in a low-traffic area of your home. Other signs of a mouse infestation include scratching noises in the evening and mouse droppings. If you think you have a mouse problem, contact a pest control professional to get rid of the mice.

There are a few ways to tell a mouse from a rat. One way is by their size. Mice are usually smaller than rats. Another way to tell them apart is by their tails. A mouse’s tail is usually shorter and thinner than a rat’s tail.