Why Are Humans Scared of Bugs? 10 Things To Have In Mind 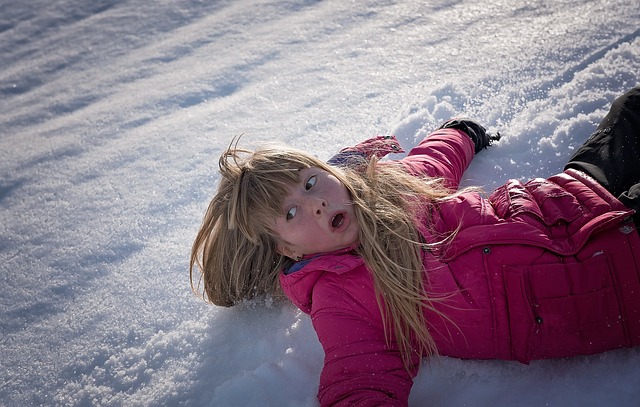 Humans have had a long history of being scared of bugs. Whether it be crawling, buzzing, or flying, bugs seem to terrify people in a way that few other animals do. There are many theories as to why people are so afraid of bugs, and this article will explore the potential reasons why and how to cope with this fear.

1. Types of Bugs That Scare Humans

Insects that typically tend to scare humans range from the little ladybugs and bees, to scary spiders and buzzing flies. Even harmless insects such as grasshoppers and crickets can put fear into people’s hearts. A quick search on the internet will reveal just how scared people can be of bugs since videos and images of people running in terror or quickly skidding a chair away have viral success. It’s clear that people tend to be particularly scared of those insects we cannot predict, such as those that suddenly appear in their environment or those that buzz loudly.

Not all reactions to bugs are the same among people, however. Some might just be mildly scared and take steps to move away from the insect, while others may scream and react with sheer terror. It all depends on the person and what their previous experiences with the bug were. Even though some people on the internet have videos of their reactions to certain bugs, it isn’t necessarily a true reflection of how everyone will react in the presence of an insect.

Bugs that are Not So Innocent

Most bugs may be harmless, but some of them can bite or sting and cause injury. Bees, wasps, ticks, fleas, ants, spiders and bedbugs can all inflict physical harm if they come into contact with humans. Although some people may have worse reactions or experiences when confronted by these insects, they are all considered belligerent when they come into contact with humans, which is why fear is a common reaction towards them.

See also  Get Flies To Buzz Off

2. Reasons Why People are Scared of Bugs

One likely reason why humans are so scared of bugs is primordial fear develops from a number of different factors in childhood. This fear is inherited from our ancestors and has been passed down through generations over the years, making us instinctively afraid of small animals. Bugs obviously fit this description, and this can explain why the fear comes so easily for some.

The Fear of Unknown

Another potential reason why humans are scared of bugs is because of the unknown element involved. We have come to expect certain behaviors from animals, and when these expectations or boundaries are exceeded then a fear begins to develop. Unpredictable movement or behavior from bugs can lead to panic and fear in humans, which could explain why they are so scared of these creatures that they cannot control.

Humans can sometimes panic and overreact when it comes to bugs, making the fear seem disproportionate to the actual risk posed. This instinctive and irrational fear makes bugs appear more scary than animals such as cats and dogs, even when the risk of getting injured is lower. This fear can be seen as a way of protecting humans from potential danger, even if the risk posed is minimal.

3. Fear of Insects in Pop Culture

Insects have been featured in many TV shows, films, and books, and these often lead to an increase in fear of the creepy crawlies. Due to their scary and unpredictable nature, insects are often featured in horror films as the main antagonist. Movies such as ‘Arachnophobia’ and ‘The Fly’ further add to the fear of certain bugs, which can lead to increased anxiety and phobias.

Books and TV shows have been known to spread fear and anxiety towards certain bugs. The popular children’s book series ‘The Very Hungry Caterpillar’ combined with television shows such as ‘The Crocodile Hunter’ and ‘Wild Kratts’ can all cause children to become scared of bugs and, as a result, lead to an increase in fear of bugs throughout generations.

Using Media to Educate About Bugs

Although some fear of insects can be instilled through media, it can also be used to educate and help people understand the importance of them. Television shows such as ‘Discovering Insects’ and ‘Insectapalooza’ can help kids learn about different bugs and the role they play in our environment. It can also help parents to understand why their kids are so scared of bugs, which can help them manage and cope with their fear.

See also  What is a pill bug?

4. The Negative Effects of Fear of Bugs

Although a certain level of fear of bugs is natural and expected, an excessive fear can have a severe impact on an individual’s life. Fear of bugs can lead to anxiety, avoidance behavior and depression. People can be so scared that they won’t even enter their home or yard, which can be severely disrupting to daily living. Furthermore, fear of bugs can lead to an obsession with cleaning and killing bugs, which can be damaging to the environment.

5. Tips For Overcoming Fear Of Bugs

Fear of bugs can be difficult to overcome, but there are a few things that one can do to help them get over their fear. Firstly, it can be beneficial to learn more about the bug and its behavior, since this can help to reduce fear of it. Secondly, speaking to a behavioral therapist can help one to get to the root of their fear and find ways of overcoming it in a healthy manner. Lastly, creating strategies that can be used in the presence of a bug can be extremely helpful in calming one’s nerves. Such strategies can range from deep breathing to having a distraction in the form of music or a book.

6. Use of Insects in Medicine

The use of insects in medicinal purposes has been practiced for centuries, and the use of insects for medical applications is still currently being explored by scientists. Insects can be used to treat a variety of medical conditions, and research is ongoing in order to understand the properties of certain bugs and how they can help treat some diseases. By unleashing the medicinal properties of bugs, scientists are able to develop safer and more effective medications that are cheaper and more available to people in need.

Insects are beneficial to us in many ways, as they are a valuable source of food and nutrition, they help to control disease carrying organisms, they assist in decomposition, and they are essential pollinators necessary for growing certain crops. Insects help humans to live more sustainably and healthily, yet they are so often underestimated and persecuted for their roles in our environment. It’s important to remember that although we may fear bugs due to their small size and dangerous appearances, they have a purpose in our world and should be appreciated as such.

See also  The Life Cycle of a Mosquito

8. The Role of Insects in the Ecosystem

Insects are a natural part of the ecosystems that humans rely on. They help to regulate pests, spread plant material around, perform pollination, and act as both a food source and predator for other animals. Without insects, global food production would be drastically reduced, and this could have devastating consequences for humans and the environment.

Humans have long had an uneasy relationship with bugs. In the past, our interactions with them were mostly negative and focused on eradicating or preventing them. Now however, as awareness grows surrounding the vital roles they play in our world, our relationship is slowly changing to one of respect and appreciation. Understanding the role of insects in our world is an important part of developing a healthier relationship with them.

10. Insects as Just Part of Life

At the end of the day, bugs are just a part of life that we must learn to live with and appreciate. It’s important to remember that fear towards them is only natural, and it’s okay if you feel scared of a bug. However, with knowledge and understanding, we can become more accustomed to them and build a more harmonious relationship with them. Insects are living creatures and should be treated as such. Just like any situation in life, it’s important to approach them with an open-mind and understanding that bugs are just a part of our lives.

In conclusion, humans have long been afraid of bugs and the fear of them remains strong in today’s society. The fear is rooted in primal instinct and its potential to cause harm. Pop culture, media and television can either strengthen or reduce this fear, depending on how it is used. People should try to understand their fear of bugs and take steps to work through it. With education, understanding, and acceptance, we can all learn to live harmoniously with bugs in our environment.